DSH Perfumes: The Secrets of Egypt Collection, Part 1 of 3: Arome d'Egypte and Keni 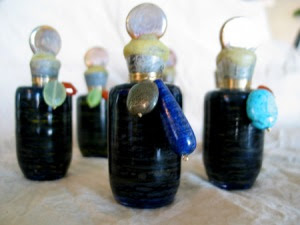 This is part one of my 3 part review of the Secrets of Egypt Collection.

From a limited palette of notes, those that would have been used in ancient Egyptian perfumes, DSH has created a amazing collection of beautiful and wearable fragrances. By using many of the same notes in each, the collection stands together, but each perfumes focuses on a different accord and has its own personality. 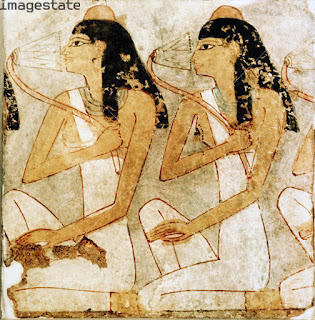 Inspired by the perfumes of the Pharaohs.

Arome d'Egypte focuses on the scent of spikenard. Oil from the root of spikenard was prized in the ancient world as a perfume fit for kings. Kept in alabaster vessels, spikenard was a luxury that had to be imported from far away Nepal. Spikenard is mentioned 3 times in the bible's Song of Songs and the New Testament tell us that Mary of Bethany used a whole pound of costly spikenard ointment to annoint Jesus's feet, causing some grumbling about the waste of money amongst the disciples. I've never smelled it, but reportedly spikenard has a sweet/spicy/musky scent and that's what I smell at the heart of Arome d'Egypt.

Arome d'Egypte also uses many other aromatic ingredients from ancient perfumerie, and these notes are equally present. At first I smell frankincense and balsam then later cedar and cinnamon surrounding the herbal spikenard note. It's a very soothing herbal and resin fragrance with a hint of spiciness. Arome d'Egypte is one of two in the collection that I would consider buying myself. 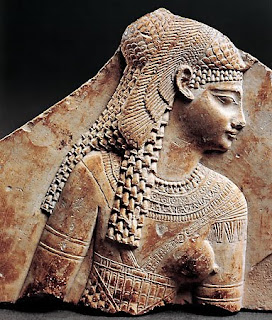 Keni (aka the Medesian / the Egyptian)


Keni (which means embrace) is the name we chose for our modern adaptation of “the Medesian”. ...Especially popular during Ptolomeic period, it is said that Cleopatra scented her feet with the Mendesian

Keni has a strong cinnamon note that is the star of the show, supported by cardamom. It dries down to base of myrrh with a hint of cinnamon. I think it would be nice to have my feet smell like Keni, but it's not a perfume I would wear often.