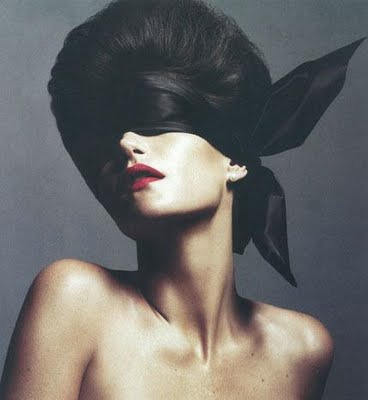 
I haven't written in a while, mea culpa. The same old excuses apply: life, work, new commitment to the gym, yadda, yadda.

In my last post, the lovely JoanElaine complained that I was giving too many glowing reviews (making her lust after more perfume) and could I please review something bad for a change. She was joking but it's a fair criticism. Most of my reviews are positive because positive reviews are the most fun to write. Who wants to wear a terrible perfume for 6 hours or more just to see how it develops? I also have the natural reluctance of an amateur to criticize professionals. Someone, somewhere worked hard on this perfume and who am I to say that it is crap. Maybe it's just me?

But, by not giving any bad reviews, I make it hard for you, dear readers, to decide if my tastes match yours and it makes me seem a little lightweight, I suppose. So, I will try to post negative reviews more often and I encourage you all to keep in mind my motto: "You might be different, so go forth and sniff."


A little while ago, I was contacted by a friend, who was ordering the newly re-released Venezia, by Italian fashion designer Laura Biagiotti. This friend has been raving about Venezia for years to me. She was ecstatic that it was being re-released and wanted to know if I wanted a bottle too. I said yes, even though I had never smelled the original. The notes sounded nice and the original had very good reviews from people I respect, like The Non-Blonde.

The original Venezia (1992) had notes of: black currant, mango, plum, peach, bergamot, osmanthus, geranium, carnation, iris, amber, cinnamon, jasmine, cedar, rose, sandalwood, tonka, musk, benzoin, civet and vanilla. It was, by all accounts, a sexy, fruity-floral oriental.  From blog comments I know that there were many people like my friend, who had been desperately missing Venezia since it was discontinued.

Then, in 2011, the word was spread that Venezia was coming back! The perfume was being reorchestrated by Lucas Sieuzac and the original nose Michel Almairac. The new notes were: plum, jasmine and vanilla. Maybe the drastically shortened note list should have been my first clue.


When my bottle arrived, I eagerly opened the box, and gamely ignoring the cheap-feeling, red plastic cap, I spritzed on a generous amount. I was hit with the smell of nail polish remover and hairspray. Well, ok, top notes can be deceiving. I waited and sniffed again. Sweet jam, fake vanilla and a heavy synthetic cedar note. Oh dear. Synthetic cedar I don't mind; I actually love the way it's overdosed in Omnia. But in Venezia, the whole thing is a mess and it smells cheap. I couldn't wear it.

Luckily, my friend was more than happy to have the bottle back. She loves it. I'm glad and I hope she doesn't read this, so that I don't spoil it for her. 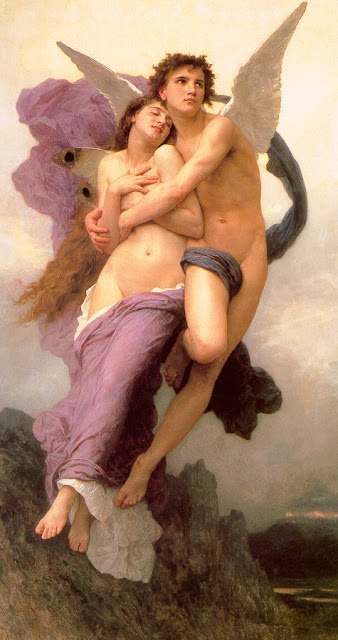 I feel pretty, oh so pretty!

Take a look at the Bouguereau painting, The Rapture of Psyche – the lemon yellow and pink-tinged dawn, the floaty plum chiffon, the angel and butterfly wings – it's a perfect depiction of true love overcoming reason. That's what Mary Greenwell's Plum smells like.

More prosaically, Plum starts off with sweet-tart fruits, like peach, plum and lemon. The heart is a bouquet of feminine flowers. I smell mostly tuberose and gardenia but very smoothly blended and with none of the cheesy, mushroom or menthol-petrol notes. The base notes are subtle and woody with maybe a hint of moss, but not really enough to make it a vintage-style chypre. The next day the ghosts of sandalwood and amber still haunt my skin.

Plum is the debut perfume for Mary Greenwell, a make-up artist to the stars. The nose, Francois Robert has done a few perfumes, mostly for the niche line Les Parfums de Rosine, but seems to be known mainly for re-working Lanvin's Arpege. For a while, Plum was carried exclusively by House of Fraser in the UK, but you can get it online now from Luckyscent in the U.S.

I called Plum beautiful in my New Year's eve post, but I was wrong. Real beauty contains tragedy or a hint of something dark. Beauty needs a flaw which highlights its (otherwise) perfection. Beauty is often difficult and unapproachable. There is nothing dark or unapproachable about Plum. It is sheer delight. Plum is a shower of white and pink petals on the breeze.

Oh dear, I'm back to being poetic, but I just can't help myself. I shouldn't love Plum this much. It's basically a fruity floral, right? That's nothing unusual. Have I outgrown the need for my perfumes to be, how should I say it... difficult? Like a lot of perfumistas, I started my perfume obsession with over-the-top spicy, incensey, woody, mossy, or green perfumes. Anything but pretty florals. Have I come back around to loving what everyone else already loves?

Yes, my collection has a need for something like Plum, something charming and easy to wear. I think Plum would make a perfect first perfume for my niece, too. I've been looking for something that would suit a girl, but still be high quality.

When I put on Plum, I take a deep sniff and grin. It is just so pretty! Enough rationalizing. I am beyond reason. I'm in love. 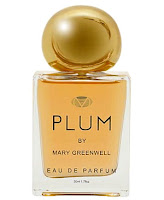 I might never have heard of Plum if it wasn't for my lovely fellow perfume bloggers. Check out the reviews of Plum by The Scent Critic, Muse in Wooden Shoes, This Blog Really Stinks, and Waft... What A Fragrancefanatic Thinks.
Posted by Unknown at 3:10 PM 6 comments: