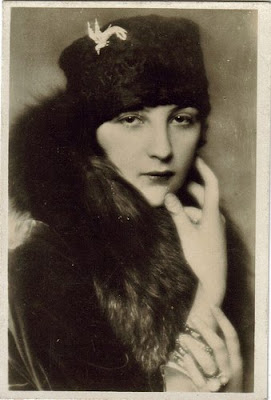 Cuir de Russie is the queen of leather fragrances. This gorgeous perfume is the embodiment of luxury today, just as it was when it was created.

First, a little history that will already be familiar to the perfumistas. Cuir de Russie was created by Ernest Beaux in 1927. It was reformulated in 1983 by Jacques Polge and is now part of the Chanel Les Exclusifs line.

Early 20th century Paris culture was very influenced by Russian émigrés and refugees from the revolution in Russia. Chanel's fashions featured Russian embroidered blouses and fur-lined coats. Gabrielle "Coco" Chanel herself is rumoured to have had affairs with Igor Stravinsky and Grand Duke Dimitri Pavlovich. It was Pavlovich who introduced her to perfumer Ernst Beaux.

Beaux created Cuir de Russie as a perfume for the modern woman; a woman who wore masculine clothes (Coco herself favoured trousers) and who smoked in public. He used the same floral/aldehyde accord from his earlier Chanel No.5, but paired it with a smooth leather note that I assume is the "Albanian birchwood" mentione in the notes. Birch tar was traditionally used in tanneries in Russia.

The history lesson is over, so what does it smell like? Cuir de Russie smells like smooth grey suede and iris. It's like the inside of a fine leather clutch, one that's held a woman's makeup and her cigarettes. After a little while I smell the aldehydes and the rose/jasmine/ylang ylang combo from No. 5. It seems to open up the suede, but never supersedes it. The drydown is a touch darker and more animalic, but it remains smooth and sophisticated, never raunchy.

Cuir de Russie remains, for me, the ultimate leather perfume. If you want to smell like pure luxury, this is the one to try.