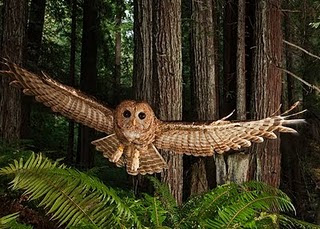 I was approached recently by Hollis Schwanz, founder of the new indie perfume company, Vessel Parfums, and asked if I would like a sample of her debut perfume, Occult.

A disclaimer first: I don't make any money from this blog (really, really the opposite as it encourages the growth of my perfume collection) and everything I write here is my honest opinion. This perfume stuff is just for fun. I don't promise to review anything I'm offered, never mind positively. But I've been wearing Occult a lot and I like it, so here we go.

The marketing material tells me the notes for Occult were chosen to reflect the sensuality of the west coast "back-to-nature" movement in the 1960s. I'm not sure how that's supposed to fit with the name and bottle design (see below) but more on that later.

What I smell is a warm, mysterious ceremony in the woods. Occult opens with a note like mulled wine, fruity and with hints of cinnamon. There's also something rich about it, like creamed honey. There's vanilla but it's not too sweet. The focus of the perfume is on the smooth woods in heart. Sandalwood and cedar notes rub up against amber and civet, like a big, dark cat with gold eyes.

I have only a couple of criticisms. The first is that this rich, dark smell doesn't seem to fit with the idea of sunny 1960's California hippies to me. I could be wrong, I wasn't there. Maybe northern California, deep in the redwoods at night... But it's not the earnestness of the "back-to-nature" movement. Occult is a good name. Hmmm, "Rasputin" might be better actually.

The second thing is the bottles themselves. Occult is available in two sizes, the 2oz bottle and a small 0.5ml vial necklace, called "the talisman." The talisman feels cheap and young,  whereas the perfume definitely does not. The string, the charm, it's like something my 11-year old niece would wear. I don't like the full bottle design either: the Manson font and the vampire eyes. I think this juice smells better than that.

I've been carrying the little talisman around with me in my purse and re-applying often. Just a little dab goes a long way, so I think this is an eau de parfum concentration. Occult smells like quality materials, well put together, and the opposite of the insipid girly-vanilla perfumes out there. It has presence and weight, and is definitely unisex. Give it a try if you like rich orientals with sandalwood and cedar.