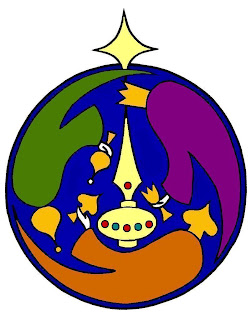 A rose among the ruins


Myrrh is mine: Its bitter perfume
Breaths a life of gathering gloom.
Sorrowing, sighing, bleeding dying,
Sealed in the stone-cold tomb.

This is my final post in the We Three Kings series. Many thanks, first to Joanne at Redolent of Spices for starting this project with me and also to all the other amazing bloggers who joined us. Their posts have all been awesome and I'm so happy to have made so many new perfume-fanatic friends. Check them all out from the links at the bottom of this post.

After gold and frankincense, the Magi gave myrrh to the baby Jesus. Like frankincense, myrrh is another resinous incense, collected as tears from the damaged bark of trees.

Myrrh was the gift that symbolized death.  Way to ruin the festive mood there, Magi. Myrrh was an essential ingredient in ancient Egyptian funeral rites and was also commonly used in ancient times as a medicine to treat wounds and pain. Jesus was offered a cup of wine with myrrh in it before he was nailed to the cross. The taste of this medicine was apparently not so good - the word myrrh derives from the Aramaic word for "bitter." 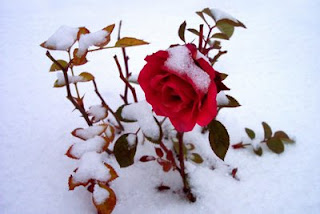 Myrrh is a difficult note for me, I find it sometimes hard to isolate in perfumes, but, despite the origins of its name, I don't think it's a bitter smell. Myrrh to me is lightly sweet and woody, as you would expect a tree sap to be, It's not the intense, nose-tickling warmth of frankincense. Instead I think of myrrh as being a "cool" incense, if that makes any sense. Like smooth grey stones.

Myrrh works well in Paestum Rose, which is a perfume created to reflect the beauty of Paestum, Italy, a city famous for its ancient Greek temple ruins and its roses. Myrrh combines with a sheer rose to create a perfume that's light and cool on floral on top but also resinous and woody and comforting underneath. The rose is pale pink in my mind, and with a lightness like peony. A pink pepper spices it up and bridges the gap between the rose and the wood. The far drydown has something more piquant, maybe some black-currant, making it end sweeter than it began.

Paestum Rose is the smell of melancholy but also happy memories. Maybe I'll save Paestum Rose for the day after Christmas, a day for cleaning up wrapping paper and relaxing with a new book.

Merry Christmas everyone, and a fragrant New Year! 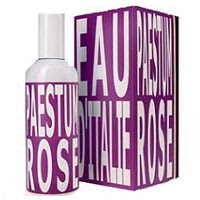 Please visit all these other blogs during We Three Kings week: